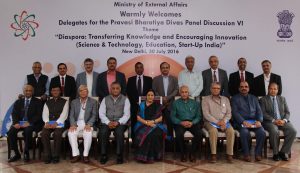 In Malaysia, for example, the new National Education Blueprint is in its fourth year of implementation. The government is committed to provide the necessary support including the financial and other relevant support to ensure the success of this very ambitious initiative.

In October 2011, the Ministry of Education launched a comprehensive review of the education system in Malaysia in order to develop a new National Education Blueprint. The decision was made in the context of raising international education standards, the Government’s aspiration of better preparing Malaysia’s children for the needs of the 21st century, and increased public and parental expectations of education policy. Over the course of 15 months (October 2011 to December 2012), the Ministry drew on many sources of input, from education experts at both local and international including from UNESCO, World Bank, OECD, and six local universities, to principals, teachers, parents, students, and other members of the public from every state in Malaysia. The result is a Malaysia Education Blueprint that evaluates the performance of current Malaysia’s education system with considerations of historical starting points against international benchmarks. The Blueprint also offers a vision of the education system and student aspirations that Malaysia both needs and deserves, and suggests 11 strategic and operational shifts that would be required to achieve that vision. To implement these strategic and operational shifts, the government is committed to provide the necessary resources required.

It is important to make an objective and a comprehensive review of the current education system and make the necessary changes. It is vital that the government makes the necessary resources, especially the financial resources, to achieve the objectives.

A couple of thoughts to be taken seriously:

These rates are higher than most developing countries, although they are still lower than that of high performing education systems like Singapore and South Korea. In parallel, there has been rapid expansion in preschool education. Around 77% of students are now enrolled in some form of preschool education (either public or private), and the target is for universal enrollment through the Education National Key Results Area (NKRA) in the Government Transformation Program (GTP).

The significant improvement in access to education is echoed by a similar improvement in attainment. Youth literacy has risen from 88% in 1980 to near-universal literacy of 99% today, while adult literacy has increased even more dramatically, from less than 70% to over 92% in the same time frame. Further, the proportion of the adult population (aged 15+) with no schooling has declined, from 60% in 1950 to less than 10% in 2010, while the proportion (aged 15+) that has completed secondary education has risen from around 7% in 1950 to almost 75% over the same time period. These are achievements of which Malaysia can be proud of.

With the growing complexities of the modern world, the importance of learning is increasing day by day. The problems are complex and they require specialized attention. So unless people are trained at high levels of competence, it is difficult to meet the requirement of the modern world. In the present context of globalization and competition, we require high level thinking skills in education to adjust in different situations. HOT emphasizes students’ real learning achievement and practical implication of education which is vital. Thus, HOT is beneficial for all stakeholders of education in society to promote four pillars of learning (learning to know, learning to do, learning to be and learning to live together). Active learning can make a course more enjoyable for both teachers and students and most importantly, can cause students to thinking at higher level.

Nurturing high level thinking skills that enable students to synthesize meaning or apply ideas to other contexts are key. We are living in a rapidly changing world and finding that our low level thinking is inadequate to meet demands put upon it. It is often said that we should try to provide equal opportunity and equity to all groups of people to bring the mainstream of society through education. It is possible through HOT skills in education. HOT provides a better understanding of a learners centered education.

We should manage HOT skills in the classroom teaching learning process because they have enormous benefits for learners. For this teachers must be provided with the necessary knowledge, skills and the appropriate attitude. Malaysia has started to include the teaching of higher order thinking skills to all students as early as the 1990s. Very recently, Malaysia has given new life to this initiative and is one of the six trusts of the Malaysian Education Blueprint (2013-2025).